The Epic Fight Between Pro-royalist and Pro-democracy in Thai Politics
Thailand was the most vibrant democracy in Southeast Asia in the 1990s. In economic growth, after struggling with the effect of the 1991 Asian Financial Crisis, Thailand's economy could rebound when the government repaid the IMF loan in 2003. Although it seems to be a nice prospect for Thailand to grow and become a developed country, the military coup in 2006 burst its bubble. Thailand has been trapped in the vicious cycle where the military tends to bring down a civilian government. As a result, Thailand has not been able to find a way back to rebound its economy and consolidate democracy. This article aims to introduce the Thai political structure and explain Thailand's current political situation.
více zde
27.08.2020 | Rebecca Gösker

The Gulf of Guinea: Weaknesses in International Cooperation
When we think of pirates, we imagine the high seas, gold, eye patches, and the occasional parrot. This image is far from the modern-day reality, where swords have been replaced by semi-automatics and gold by crude oil. The African continent in particular has had a long history combatting pirate attacks.
více zde
14.08.2020 | Shota Mgeladze

The Relations of U.S. in the Asia-Pacific Area
Asia pacific has been always germane to the U.S. national interest. In 2011 Barack Obama administration proclaimed strategic turn towards Asia, intending to raise region priority. Idea of active involvement ended with its initiator. Moreover, as Donald Trump has elected, he shows no interest in pursuing previous policy. On the third day after ascending presidency Donald trump withdrawn from trans-pacific partnership (TPP). Tradition allies of America in Asia has already express ed tacit discontent and relations hoped to reach progress have gradually deteriorated. Article suggests that Trump’s reflection over Asian policy has already produced grim results and current evolving trend only plays on Russian and Chinese hand. States that are considered as main challengers of the U.S. prosperity and security are always ready to exploit every opportunity squandered by their adversaries.
více zde
30.07.2020 | Irina Hohlov

Relationship of Ukraine and Russia: The Perspective of a Strategic Partnership Agreement
Within the last five years, we have witnessed a strong tension and political confrontations between two important actors of the Eurasian Continent, the European Union and the Russian Federation. Europe and especially the Eastern side became a playground for political games and dynamic scenarios for both powers in assuring its geopolitical interests and international status. The world started to question itself: “Is is the Cold War over or is the start of a new one?” Taking into consideration the heavy impact of Ukraine-Russia relationship on the stability, security and welfare of all European countries is more relevant to question and seek for the perspective of a strategic partnership agreement and how to bury the hatchet.
více zde
22.07.2020 | Odysseas Grammatikakis

After the Prespa Agreement: Why North Macedonia’s Accession to EU won’t happen in the near future
When the Prespa Agreement was signed on 17 of June 2018, not everyone was happy about it.  The big majority of the Greek population was not happy about it, the political opposition in Greece was not happy about it and on the other side of the borders, the nationalistic party VMRO-DMNE was calling for protests against the treaty. We have to look back a few years so that we can understand upset that a name can cause.
více zde
08.07.2020 | Pavel Havlíček, Iva Svobodová, Tomáš Jungwirth

Women's participation in the decision-making process of the European Union
The year 2019 was an important moment in the configuration of the European Union, as the European Parliament and the Commission were in the process of changing their composition. This moment was all the more important as it drew attention once again to an issue that the EU has faced in recent years, namely the progress in terms of gender equality and the number of women in different positions of power.
více zde
28.05.2020 | Cecilia Vasinton

Saudi Arabia’s Socio-Economic Development: Issues of Gender and State Identity
In April 2016, the launch of Saudi Vision 2030 was announced by the crown Prince Muhammad bin Salman as a development programme aimed at reducing the country’s dependency on oil rent. In fact, as the largest oil-exporter of the world, 30-40% of Saudi Arabia’s real GDP derives from oil revenues under the form of rent. Saudi rentier economy is therefore largely sustained by public expenditure, notably altering the fiscal function of the state, which establish itself as an allocative agent instead. By enhancing its distributive role, rentierism suppresses the need for democratization. The foreseeable decline in oil revenues and rent circulation has however exposed the vulnerabilities of a constant dependency on oil prices, highlighting the urgency of economic diversification, an issue that oil-based economies in the Gulf have been trying to address since the onset of oil production. The Saudi Vision 2030 aims at addressing such concerns though a plurality of programmes, investing different economic and social aspects of the country.
více zde
12.05.2020 | Rebecka Hagberg

Why Barack Obama ramped up drone strikes from George W. Bush
When former president Obama first took office in January of 2009 he inherited a new war on terror (WoT) started by his predecessor George W. Bush in response to the 9/11 attacks in 2001.The illegal invasion of Iraq had received strong world wide condemnation and the American public was dissatisfied with the continued presence of US troops on the ground in Iraq and Afghanistan. Obama’s promise to bring home the troops has been considered a major contributing factor to him winning the presidential race (The Washington Post, Jaffe:2015). A key part of his plan were the use of drones. These were used for surveillance and for the targeted killing of suspected Taliban and Al Qaeda fighters in Afghanistan. However, the programme has been shown not to be as surgical and effective as Obama had hoped and this article makes the case that the programme in fact morphed into western state terrorism.
více zde 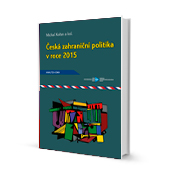 Lebanon and Iraq: fragility of the protest movements
Between 2019 and 2020, protests have...